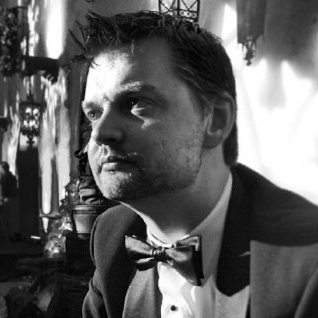 Integration testing is a critical part of any QA effort. It can be used as a final check before any backend API deployment and give confidence to the development team that the deploy is safe.

We’ll work through a simple API test written in NodeJS and use a couple of popular testing frameworks:

For our example we’ll use an existing public API - the Yahoo Weather API. We’ll build two tests, one positive and one negative.

Let’s get the project started. Assuming you already have npm installed, in a new directory, initialize the project and install the relevant npm modules:

This creates a package.json file that contains the package dependencies mentioned above. Let’s make a few changes to this as so (don’t change the versiopn numbers after each package in the devDependencies section as they will probably be different in your case):

Mocha gives us a standard and simple format of writing tests. Generally we group tests into individual test files. Each test file then has a smaller group and then the tests within.

Each file has a describe…it structure as so:

Our general structure will be:

chai-http allows us to easily make requests to an HTTP endpoint and handle the response. The general format is:

The Yahoo endpoint we’re going to test is https://query.yahooapis.com/v1/public/yql?q=select%20item.condition%20from%20weather.forecast%20where%20woeid%20in%20(select%20woeid%20from%20geo.places(1)%20where%20text%3D%22Santa%20Monica%2C%20CA%22)&format=json&env=store%3A%2F%2Fdatatables.org%2Falltableswithkeys which will return us basic weather information for Santa Monica, CA:

Putting this all together, here’s our first test that we’ll create in test/yahoo-weather.spec.js:

Note that there are actually 4 assertion tests here:

This ensures that the HTTP response code for this request is 200, which is a general success response. If the server returns some error, we’ll get a failure in our tests here.

Here we test that the JSON response has a query property, and inside we have a response property.

Now ensure that query.results is an Object.

We can now run this test to check the results by invoking mocha:

As you can see, we now have a simple working API test! Let’s go ahead and add our second test that ensure we get a null response for a city that doesn’t exist:

Our second test is similar to the first, except we’re passing in a city name that we know doesn’t exist (‘AAAAAAAAAAAA’) and expecting the results to be null. Let’s run this and make sure it works:

Let’s do some tidying up. Firstly, typing in the full test command is long-winded. We’ll create a script in package.json to make it easier to run. Add the scripts section into your package.json file:

Now, all you have to do to run the tests is:

Next, let’s clear up our code a little. We’ll add a helper file that’ll clean up the API URL that we’re calling for both tests. Create test/yahoo-helpers.js and add this as content:

We also need to install the query-string npm module which helps us create the full URL:

And make changes in the test file to use these new helpers:

And we’re done! To recap:

The full code is in the github project

In October, Facebook released the first version of their Yarn package manager for Javascript.

Yarn is a group effort between Facebook, Google, Exponent and Tilde to solve several issues they have faced with the standard npm client around speed and security. The result is a super-fast drop-in replacement for npm that will dramatically speed up install times.

Whereas npm pulls modules from the source every time you run an install, Yarn keeps a local cache (outside of your project directory) and copies from that. This means it’s not only far quicker than npm but also works if the machine has no internet connection (for example a secure build server),

The clean npm install time for the Whipclip web app is typically around 3 minutes. With yarn, it takes 17 seconds. That’s a huge improvement not just for local dev but also for our CI workflow. Our unit test task has dropped from 2 minutes 13 seconds to 50 seconds.

The beauty of Yarn is that it’s a drop-in replacement for npm and uses your existing package.json file. You don’t need to change your workflow or tech; simply run yarn instead of npm install and you’re all set!